Transgender people, particularly those of color, disproportionately experience violence, including police brutality. Since last year’s Day of Remembrance, 37 transgender people have been killed in this country. Here in Portland, Oregon, Aja Raquell Rhone-Spears, a Black transgender woman, was killed on July 28, 2020. She also went by Rocky Rhone.

This is an important LGBTQ online safety guide that came out recently (September 2022). This guide aims to empower LGBTQs and give them the tools to protect themselves online. [Added in January 2023]

Lost Ones by Daniyel

Portland rapper Daniyel wrote a song in 2019 called Lost Ones as a tribute to his aunt who died of cancer and his uncle who drowned. This year he was approached by videographer Cole Bennett to collaborate with Bennett on producing a video for Lost Ones. Daniyel updated his song to include other families who have been affected by loss, including the family of Aja Raquell Rhone-Spears, a Black transgender woman who was recently murdered at a vigil for another homicide victim, Tyrell Penney, who was killed in a shooting July 25 in SE Portland.

Self-expression and self-identification is one of my personal values. One way to practice this value is to share personal gender pronouns. My name is Mary Ellen and I use she, her, hers pronouns. What pronouns do you use?

Sharing my gender pronouns helps normalize using the right pronouns. Consider including your pronouns in email signatures and in your Zoom name on virtual calls. 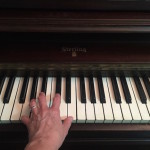 An Die Musik (To Music)

? When I move my body… it feels like Freedom!

How to Have the Best Listening Experience

The Sounds of Silence